Today's challenge: The floppy from the sewer. (The floppy is untouchable - something that looks like "computer-fungus" is growing on it). 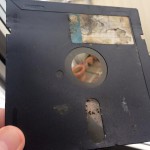 The question remain, can we save this floppy? 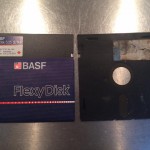 The Posh Floppy and The Tramp Floppy 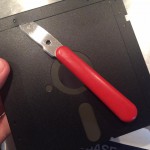 The "posh floppy" needs to be opened so the "tramp floppy" can move in. 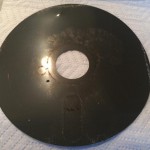 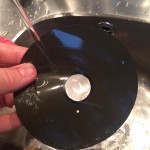 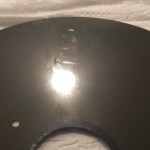 Visible scratches after the bath:/ 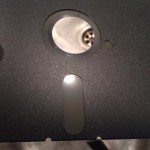 The carefully washed magnetic inner has transplanted into a new body. Things are looking good. 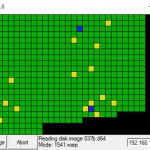 After the first reading, still there are a few things which could be improved. However, still a pretty good work. What we want to achieve is to eliminate the yellow squares. Time to clean the the floppy with tops. 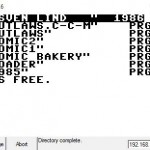 Side A: Contains an unreleased version of the game "Outlaws". This file we wish to be able to read and store as a digital .d64 image. But the yellow squares prevent us from doing so. A certain Sven Lind wasn't that careful about his floppy after 1986... 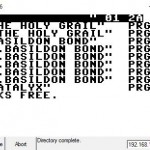 Side B: Contains some other random cracks. 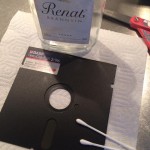 This time we're going to bring in the heavy artillery! By combining many read images into one by using Sailor of Triad 's fantastic tool "D64EIC", can this be possible.
http://blog.worldofjani.com/?p=647
When we explore the "OUTLAWS" file, it's possible to parse the following line "10 SYS2066CCM", this way we know a bit more about who actually cracked this or the cracking group. By looking on "CSDb", we very soon find out CCM is a Swedish cracker who was a member of "Swedish Action Crackers". So yeah in this case it's easy to put one and one; this is indeed Sven Lind aka C-C-M. 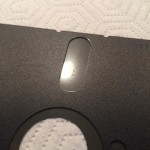 The evil "data fungus" has left an imprint in the middle of a tiny crack, so to speak! 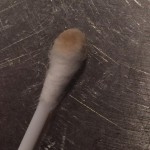 Sven Lind's "data fungus", has been eliminated! Time to re-read the floppy, again. 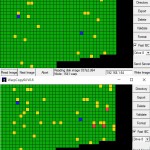 Side A: Quite a difference! 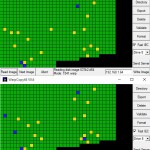 Side B: Still suffering from datafungus. 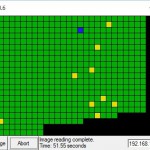 After another cleaning we get a better image of the Side B. 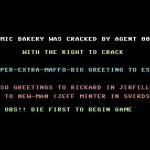 "Comic Bakery", starts but it crashes. However, we have got some information on the fly! An unknown "Agent 00", with contacts in Järfälla! 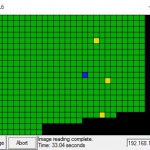 Side A: Unfortunately this won't get better due the scratches and other damages causing physical damage on the actual magnetic disk. 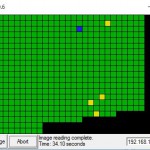 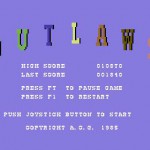 Yes! This was what we were looking for and....

Conclusion:
It was worth saving the floppy. Firstly we managed to reveal the real name of a Swedish scener and on top of that we could save his crack! Then we also could extract a broken crack and resolve a so far unknown Swedish scener, "Agent 00". This never would have been possible without all those stages.
My experience is, "Every disk counts". The reason is many times "lames" or "less good" versions of cracks on their floppies are having a bit if a trademark bounded to their origin and hometown. Many times this was in their "cracking team". Like "Tomelilla Cracking Team Sweden". Then we know the town they were active around. You will find things never seen before on those floppies! Those floppies are many time much more fun to root around in than the massive spread "elite crackers" swap disks, which are many times highly organized and well sorted out. 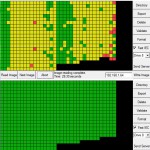 Before and after - see any difference?
Floppy Case Study provided by Hedning/GP and translated by Xiny6581/GP! We're one great team, because you know good isn't good enough!